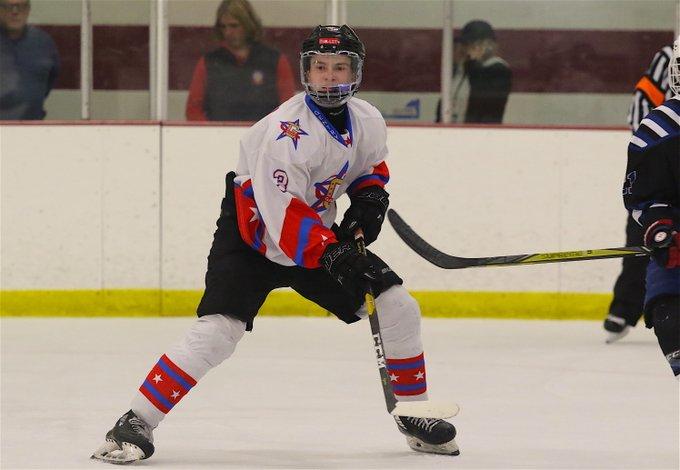 Here are your Week 16 top matchups:

They don’t get any bigger than this one as the top two teams in the country at 16U, both from Minnesota, meet in the SSM Showcase. The Galaxy enter the contest at 37-3-1 and having won four of their last five and 13 of their last 15 contests. The losses were 4-1 and 7-4 against the Florida Alliance Jan. 3 and Dec. 13, respectively. Gentry’s only other loss of the year was a 4-3 decision against the Esmark Stars Nov. 15. Florida Alliance is ranked ninth, while Esmark is No. 42. The Galaxy took a 25-game unbeaten streak into that contest against the Stars. Saturday’s game marks the first meeting of the year between these two powerhouses. Gentry has outscored its opponents, 298-83, to date. Shattuck brings a 28-4-2 record into the contest after knocking off No. 17 Team Illinois, 7-1, in its last game before winter break Dec. 15. SSM has won three straight and is 10-1-1 in its last 12. The only loss in that span was a 4-2 setback against the No. 26 Milwaukee Admirals Dec. 7. SSM also tied seventh-ranked Little Caesar’s Nov. 16, with its only other losses coming against No. 22 Team Wisconsin, the No. 20 Minnesota Blizzard and the fourth-ranked Buffalo Jr. Sabres. Shattuck has outscored its foes, 177-80.

Two Chicago rivals face each other in the “Pink in the Rink” breast cancer awareness game. The top-ranked Mission are 40-7-2, while the Young Americans enter the weekend at 27-13-9. Despite their proximity, these two teams are meeting for the just the third time this season, with the Mission having earned 3-0 and 2-0 victories Jan. 5 and Dec. 13, respectively. The Jan. 5 contest was the most recent game for the Young Americans, while the Mission beat Canada’s 22nd-ranked Sudbury Lady Wolves 17U, 3-1, also on Jan. 5. That victory was the 16th straight for the Mission, dating back to a 4-3 overtime loss against the Toronto Aeros, Canada’s 17th-ranked team, Dec. 6. They have outscored their opponents, 181-40. CYA was unbeaten in six contests (4-0-2) before falling to the Mission last week. They lost two straight games prior to that streak, including their other loss to the Mission, and are 16-9-5 in their last 30 outings. For the year the Young Americans hold a 96-53 scoring advantage over their opponents.

It’s a key AFHL matchup featuring the first-place Slash (17-1-1 AFHL) and the fifth place Steelers (8-8-2). St. Albert leads the league with 50 points, while Lloydminster has 22 points and is five points out of third place. Overall, the Slash are 21-8-2 compared to the Steelers, who are 17-11-3. These two teams have had quite a season series to date, with St. Albert earning a 4-3 overtime victory Nov. 1 to go along with a 3-0 win Oct. 4. The Steelers rebounded for a 1-0 shootout win Nov. 24. The Slash won their first game after a long holiday layoff, 2-1, over the Rocky Mountain Raiders Jan. 4 to offset a 2-1 pre-holiday loss to the Red Deer Chiefs Dec. 15. St. Albert is 14-4-2 in its last 20 games. The Slash have gone 5-4-1 in their last 10 after a 10-game winning streak. St. Albert center Jenna Goodwin leads the AFHL in scoring with 11 goals, while teammate Allison Reich is third with eight tallies. Goodwin is third in the league with 17 points. Lloydminster forward Jadynn Morden paces her team in league play with 8-4-12 in 14 contests, with Bryn Pollard adding 5-6-11 in 16 outings. The Steelers split their last two games against the No. 10 Edmonton Pandas after dropping a 3-2 overtime decision to the No. 7 Swift Current Wildcats Dec. 8. That loss halted a five-game unbeaten streak.