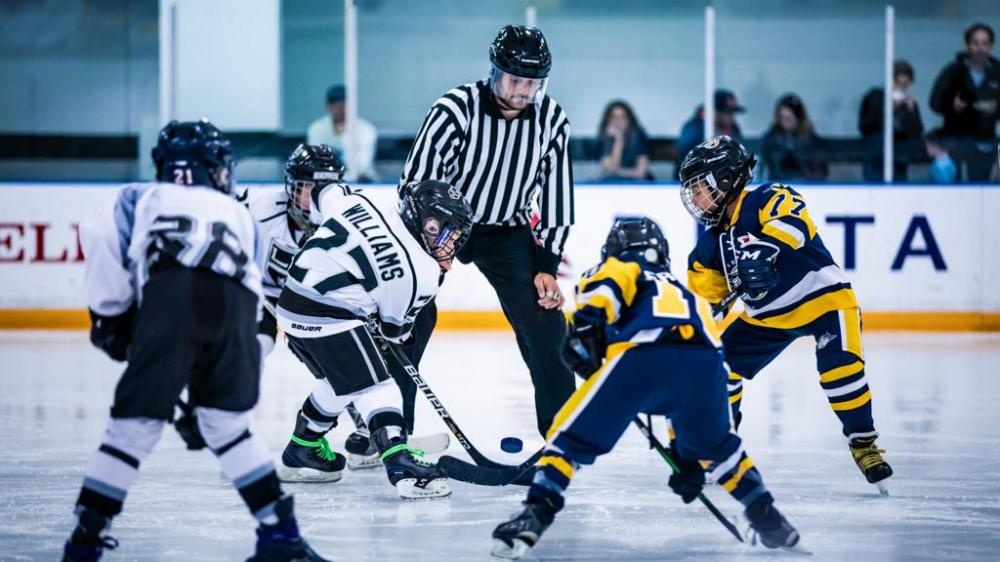 Each week going forward we will try to highlight some of the upcoming weekend’s top matchups based on our most recent MYHockey Rankings. If you have a matchup to recommend to us for a given week, please don’t hesitate to send your suggestion to Scott@MyHockeyRankings.com. Photos are always appreciated and will be used when possible either to highlight the preview on the website or via our social media accounts. And we are always trying to build our library of hockey photos from around the continent.

Here are your Week 11 top matchups:

Honeybaked brings a 23-2-1 record and the U.S. 15U No. 1 raking into this contest against Canada and Ontario’s second-ranked Titans. Honeybaked is unbeaten in 14 of its past 15 games (13-1-1) and has won four straight. These two teams met Nov. 10, with Honeybaked earning a 10-5 victory. Toronto is 20-10-3 on the season and has gone 3-1-1 since its previous loss to Honeybaked. The Titans dropped a 4-2 decision against USA No. 2 Compuware Nov. 9 and beat U.S. No. 7 Oakland Jr. Grizzlies, 4-3 in a shootout, Nov. 7. Honeybaked has gone 1-2 vs. Compuware this year and has knocked off the Jr. Grizzlies both times they have played, 9-4 and 5-4. The Titans have tied Ontario’s third-ranked Toronto Marlboros (2-2) and earned a pair of victories against the fourth-ranked Toronto Jr. Canadiens. Honeybaked has wins against USA No. 6 Shattuck St. Mary’s (7-1) and No. 5 Pittsburgh Penguins Elite (8-4) and is 2-0 vs. 10th-ranked Little Caesar’s. At 2-2 in HPHL play, Honeybaked has been led by Justin Varner, who has 3-4-7 in the four contests, with Christian Kocsis adding 1-5-6 and Dylan Gordon contributing 3-2-5 from the blue line. The Titans are 11-5-3 in GTHL play, which leaves them in fourth place and six points out of first. This game may have concluded by the time this preview is posted.

The third-ranked Polar Bears enter the regional tournament with a 7-6-1 record against a very difficult schedule. They are unbeaten in three straight and four of their past five outings. These two teams met recently, skating to a 3-all tie Oct. 27 and with the Stars earning a 3-2 victory Oct. 13. Connecticut recorded a 3-0 victory against top-ranked Little Caesar’s Aug. 31. Mid-Fairfield is 12-1-5 and brings a four-game unbeaten streak (2-0-2) into the contest. The Stars tied No. 5 Assabet Valley, 1-1, in their most recent outing after tying the No. 28 Bay State Breakers, 2-2, the week before that. They beat the sixth-ranked Boston Jr. Eagles, who lead the NEGHL 16U National Upper Division, Nov. 3. Mid-Fairfield is 1-1-3 in NEGHL play, which has them in seventh place and eight points out of the top spot but with five fewer games played than the top two teams.

It’s another holiday weekend border battle as the United States’ second-ranked ’06 team, the Chicago Mission, heads to Ontario to take on that province’s 12th-ranked Elgin Middlesex Chiefs. The Chiefs played earlier in the day, knocking off the Whitby Wildcats, 3-0, for their fourth straight victory to run their unbeaten string to five (4-0-1). Elgin Middlesex also is unbeaten in nine of its last 10 (8-1-1). Earlier in the season the Chiefs beat USA No. 13 Honeybaked and the Ontario No. 7 Huron-Perth Lakers by identical 4-1 scores in back-to-back games. They also beat USA No. 12 Little Caesar’s, 5-3, and dropped a 4-1 decision to Ontario’s top-ranked Mississauga Senators back in September. Overall, the EM Chiefs are 19-7-4. Chicago is 18-5-3 on the year and riding a nine-game winning streak along with an 11-game (10-0-1) unbeaten string. The Mission went 1-2 in an early-season series against the third-ranked St. Louis Jr. Blues and beat the No. 4 Pittsburgh Penguins Elite, 3-1. They took a pair from No. 17 Team Illinois by a combined 10-1 score in their last two outings.

Another high-powered border battle, but this one is taking place in California as Canada’s No. 17 and Western Canada’s No. 2 ’07 squad heads south to take on the USA No. 5 Los Angeles Jr. Kings. Burnaby brings a sparkling 21-1-1 record into the contest, including victories in its last eight contests. The Bruins’ lone setback was a 5-2 decision vs. Western Canada No. 4 North Shore Winter Club Oct. 27. They also tied North Shore, 3-3, Sept. 18. And then yesterday Burnaby knocked off North Shore, 4-3, before upsetting Canada’s top-ranked London Jr. Knights by the same score in games also played in El Segundo. The Bruins were scheduled to play three more times before facing the Kings Saturday evening. Los Angeles brings an 18-7-1 mark, including wins against the Anaheim Jr. Ducks and Alaska All-Stars Thursday in El Segundo. The Kings also get a shot at the London Jr. Knights Saturday before taking on Burnaby. L.A. has won five straight contests heading into today’s action and nine of its last 10. The Kings fell to the No. 15 Jr. Ducks, 5-4 in a shootout Nov. 11 and 4-1 to No. 13 Little Caesar’s Oct. 19. Los Angeles suffered a hard-fought 2-0 loss to the USA’s top-ranked Middlesex Islanders Sept. 7 and also tied the No. 9 Boston Jr. Eagles and fell to the No. 10 Mid-Fairfield Jr. Rangers in the same September Massachusetts tournament.