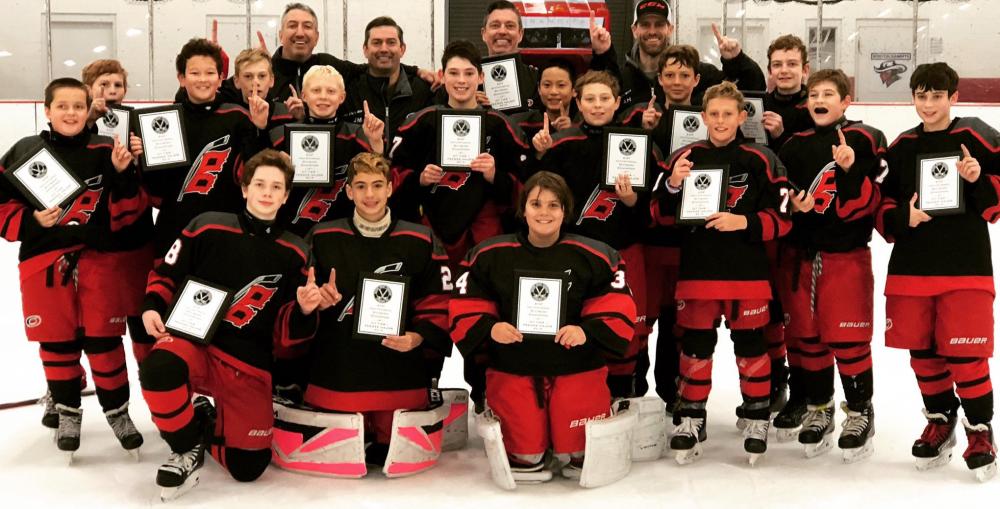 Here are your Week 10 top matchups:

Rival Michigan Tier 1 clubs Little Caesar’s and Honeybaked face off in a game that can be seen on LiveBarn. Little Caesar’s enters the contest with a 14-7-1 record, including a 4-3-1 mark in its last eight outings. LC faced the top-ranked Chicago Mission Nov. 10, falling 4-1, its second setback at the hands of the Mission this season. Little Caesar’s and Honeybaked have already met three times, with LC winning all three by scores of 4-2, 7-3 and 6-2. Little Caesar’s also holds a 4-3 victory over No. 4 Team Illinois. Honeybaked is 7-9-3 overall, but 1-4-1 in its last six outings. Prior to that the team had put together a four-game unbeaten streak. Honeybaked fell to Canada’s No. 8 team, the Guelph Gryphons, 4-2 on Nov. 9 and tied Canada’s No. 2 Tier 2 team, the Niagara Falls Rapids, 2-2 on Oct. 18. It also tied No. 4 Team Illinois, 5-5, Sept. 21.

Top-ranked Carolina enters the weekend series with a sparkling 22-1-1 record, but the lone blemish came at the hands of the Raiders by a 3-2 margin way back on Sept. 21. Since then the Canes have gone 20-0-1. They will put that streak on the line and look for a little revenge as No. 11 Reston comes to town with its 17-4-1 mark and having won six of its last seven while allowing just four goals. Carolina has recorded eight shutouts and allowed fewer than three goals in each of the last 16 contests – all wins – since a 3-3 tie with Philadelphia Hockey Club Oct. 12. The Canes have not allowed more than three goals in a game, and have only allowed three on three occasions while outscoring their opponents 153-26. Reston, which dropped a 7-0 decision to Carolina the day after its big upset win, has lost only to 10th-ranked Ashburn (twice), No. 1 Carolina and the No. 8 Brandon Bulls this year. The Raiders have outscored their opponents 127-39.

The first of two consecutive meetings between these two Western Canadian powerhouses, with the rematch slated for the following Friday at Bill Hunter Arena in Edmonton. These two teams met previously in Edmonton on Oct. 19, with the Pandas skating away with a 3-2 victory. That was part of a four-game skid for Calgary, which has recovered to win three of its last four coming into this contest, with the lone loss coming at the hands of the No. 4 St. Albert Slash by a 1-0 score last weekend. That four-game losing streak and the earlier loss to the Pandas represent Calgary’s only setbacks of the year as the Fire is 10-5-1 overall. These two teams are separated by one point in the AFHL Central Division standings as Edmonton is in second place with 18 points on a 6-4-0 league record and Calgary is third at 6-5-0 with 17 points (one overtime win). Overall the Pandas are 13-5-1 and have won eight of their past 11 contests. Forward Sage Taylor leads Edmonton in points in league play with 7 on 3 goals and 4 assists while Jacquelyn Fleming is the team goals leader with 5 and defender Sydney Olsen has the helpers with 6. Calgary is led in league contests by forward Emily Straw who has 3-3-6, while forward Grace Crooks is tied with her for the team goals lead with 3.

These two teams are ranked first and third, respectively, in both the all Canada and Western Canada rankings and have met three times previously this season, with Delta twice earning victories – 7-4 Oct. 13 and 6-5 in overtime a week later. Yale won the most recent meeting, 5-2, Nov. 9. Overall Yale has compiled at 20-5-0 record, including victories in six of its past seven outings since the overtime loss to Delta Oct. 20. Yale split a pair of games against second-ranked West Vancouver Academy last weekend. Delta enters the game at 23-3-0 overall, with its only losses coming against West Vancouver (twice) and Yale, and is 7-3-0 in its last 10 contests. Delta dropped a 4-3 decision against USA No. 9 LA Jr. Kings Oct. 13 and came back the next day to beat USA No. 34 San Jose Jr. Sharks, 8-4. In three overtime games against No. 6 Western Canada Calgary Edge School, Delta has gone 2-1, and it also has split a pair of high-scoring affairs against No. 8 Burnaby Winter Club Academy. Delta is 13-1-0 and in first place in CSSHL play, while Yale is 9-2-2 and in third. Oliver Tulk of Delta is third in the league scoring race at 13-21-34, while teammates Jordan Gavin (14-19-33) and Caden Brown (19-13-32) are sixth and seventh. Zach Benson of Yale ranks ninth with 12-20-32 and 2.1 points per game.

The Jr. Canadiens are the top-ranked minor midget team in Ontario as well as all of Canada with a 20-5-1 record despite losses in their last two outings to USA No. 4 Compuware (2-1) and USA No. 5 Oakland Grizzlies (5-1). Prior to those setbacks Toronto had gone 11-1-1 in its previous 13 games. These two teams met Sept. 16, with the Candiens earning a 5-2 victory. Toronto has a pair of wins against the second-ranked Toronto Nationals on its resume along with a 5-3 victory against USA No. 3 South Kent Selects Academy. Mississauga has a 15-10-4 overall record and is unbeaten in its last seven (6-0-1). The tie during that streak came against the second-ranked Titans. The Sens also have tied the No. 9 Vaughan Kings (twice) and No. 5 Toronto Nationals and own a 6-4 victory over the Titans. They also beat USA No. 12 Rochester Selects, 2-1 in a shootout. The Jr. Canadiens currently sit in second place in the GTHL standings at 13-1-1, two points behind the Toronto Young Nationals, while the Senators are 7-7-4 and in seventh.