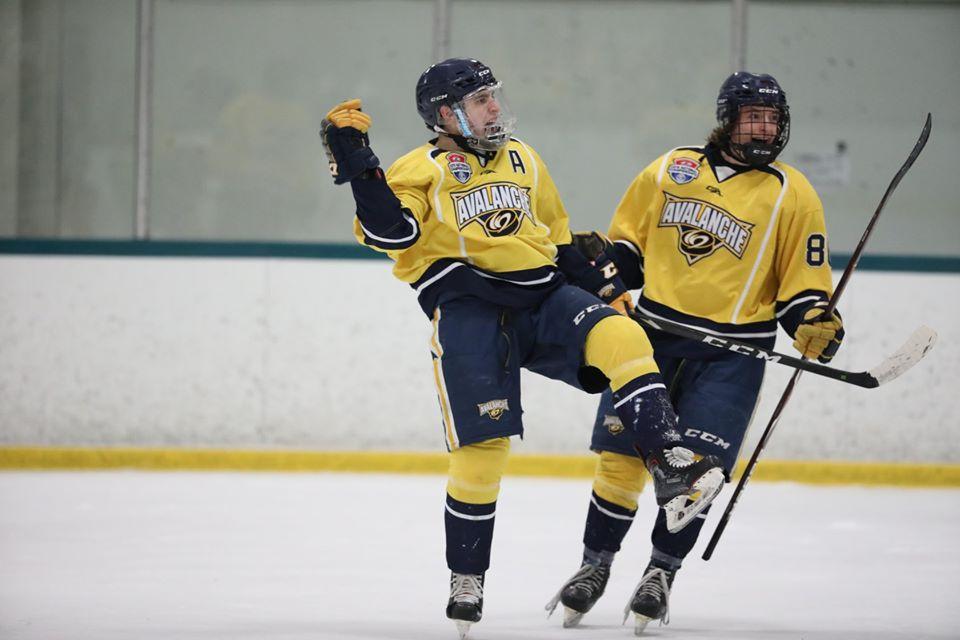 MHR Week 9 Games of the Week

Here are your Week 9 top matchups:

Honeybaked enters this game featuring Midwest pee-wee powers with a record of 17-3-2 and riding a 13-game unbeaten streak (12-0-1). In its last three outings Honeybaked has outscored its opponents, 34-2. The team’s only losses this year are a 3-1 setback against the Toronto Marlboros, ranked third in both Ontario and Canada; a 4-2 decision against top-ranked Islanders Hockey Club and a 5-2 loss against the second-ranked Chicago Mission. Team Illinois holds a 4-2 win over the Mission and a 14-11-3 overall record. TI is coming off a 1-1-1 weekend against No. 9 St. Louis Blues AAA and is 5-3-1 in its last nine contests. These two teams met Oct. 12, with Honeybaked skating away with a 6-1 win.

Two perennial AAA national powers meet as part of a Northeast Pack Showcase that features some of the top programs in the Northeast at the Harbor Center in Buffalo. The Avs enter the weekend with a 29-5-3 record, five straight wins and victories in seven of their last eight. They lost to No 18 Neponset Valley Oct. 26 and No. 11 Florida Alliance Oct. 13. The Avs have recorded victories against the nation’s fourth-, seventh- and ninth-ranked teams to date. Buffalo brings an impressive 20-2-4 record into the Showcase, including an 11-game winning streak and 20-game unbeaten run. The Sabres’ last loss was a 4-1 decision against No. 7 Compuware Sept. 14, and their other setback came at the hands of No. 17 Chicago Mission by a 5-4 score the day before that. They knocked off top-ranked Shattuck-St. Mary’s, 6-5, in overtime Sept. 28 and got revenge against Compuware with a 3-2 overtime victory the following day. They also beat the No. 6 Oakland Jr. Grizzlies, No. 8 Little Caesar’s, No. 9 Mount St. Charles and No. 12 Selects Academy.

Top-ranked in Ontario and No. 6 in Canada, the Peterborough Petes take on No. 7/15 Ajax Pickering in a home game at Evnrude Arena. Peterborough enters the contest 19-3-1 and unbeaten in its last 10 games. The last loss came way back on Oct. 19 against the 17th-ranked Kanata Lasers, with other losses coming against the No. 18 (Ontario ranking) Guelph Gryphons and fifth-ranked Toronto Titans. The Petes opened the season 2-2 and have gone 17-1-1 since, including wins over the No. 6 Toronto Red Wings, No. 2 Toronto Jr. Canadiens and No. 5 Toronto Titans. Ajax Pickering is 18-6-2 after dropping its last game, 1-0, to the No. 3 Mississauga Rebels Nov. 10. That loss ended a four-game winning streak and a string of seven wins in eight outings. The Raiders tied Mississauga Sept. 17 and have gone 17-4-1 since opening the season 1-2-1.

The Ice Kats just dropped a 4-3 decision to the No. 4 Whitby Wolves Nov. 12, which ended a five-game winning streak since a 1-0 loss against the seventh-ranked North York Storm Sept. 28. Peterborough is 11-5-0 overall and has won 10 of its last 12. The Ice Kats opened the season with a 2-1 win against Markham-Stouffville and also dropped a 4-3 overtime decision to the Chicago Mission, the No. 1 12U team in the U.S. They came back to beat the Mission, 2-1, Sept. 22 and also have beaten Whitby twice. Markham-Stouffville is 15-6-2, but just dropped its last two contests to the Mission, 6-0, and the No. 8 Guelph Jr. Gryphons, 2-1. The Stars recently tied No. 5 (U.S.) Team Illinois, and have wins against the Nos. 3, 4, 6 and 9 Canadian teams.

Bay State brings a 15-3-5 record into this meeting of Massachusetts powerhouses. The Breakers tied the 12th-ranked Chicago Young Americans, 2-2, in their most recent outing Nov. 9. After dropping an 8-1 decision to fourth-ranked 14U Tier 1 team Little Caesar’s as well, they are 6-2-2 in their last 10 contests, including a 5-2 victory over the No. 6 Boston Jr. Eagles Oct. 26. Bay State lost to the No. 3 East Coast Wizards Oct. 6 after playing the Wizards to a 2-all tie Oct. 5. The Breakers also beat the Jr. Eagles, 2-0, Sept. 8. In their only head-to-head matchup of the season, Bay State beat the Lady Flames, 3-1, Sept. 21. The Lady Flames are 10-6-1 and coming off a 2-0 win against No. 17 Islanders Hockey Club after falling to Canada’s No. 5 and No. 1 Tier 2 teams, the Whitby Wolves (4-3) and Nepean Wildcats (2-1). Before that the Lady Flames fell to the Boston Jr. Eagles, 4-1, and third-ranked (U.S.) Mid-Fairfield CT Stars (4-2). Their win immediately prior to that against the second-ranked East Coast Wizards by a 4-1 margin capped a seven-game unbeaten streak in which they went 6-0-1.