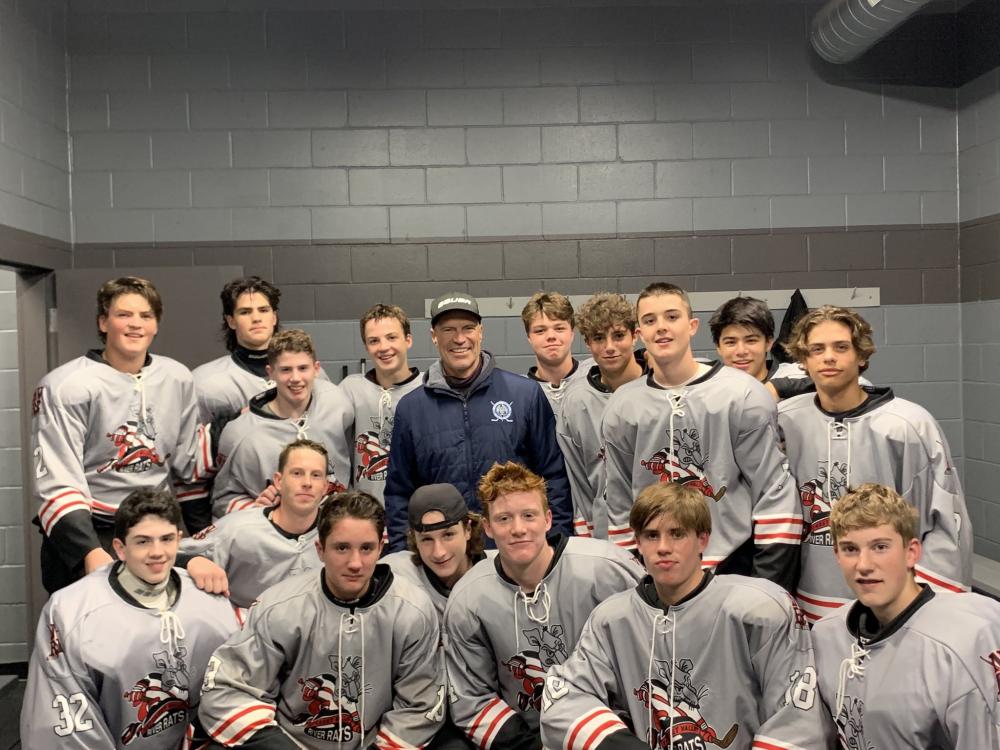 Hockey generally is considered primarily a winter sport, but at the youth level there is no busier time than September and October.

And while the EJEPL and the Beast Series got a head start on most folks last week with their first showcase events, the unofficial start of youth hockey season is Labor Day, with showcases and tournaments being held all over North America.

This weekend alone, the Tier 1 Labor Day Faceoff in Massachusetts features many of the top 14U through 18U programs in the Northeast competing in a showcase format from Friday through Sunday. Meanwhile, out in the Midwest, the Chicago Mission is hosting its Labor Day Showcase featuring midget-aged teams from programs representing four states. MyHockey Rankings is proud to partner with Game Sheet Inc. to launch Game Sheet Live, a scoring app that provides real-time game updates from games scored using an IPad, at that event.

In addition to those large showcase events, there is the usual array of Labor Day tournaments for all ages taking place around North America. MyHockey Tournaments kicked off its year-long series of youth tournaments this week in Philadelphia, but those events really get rolling later in September and into October.

Over the first two months of the season, the bulk of the Beast Series showcases will he held along with several important USPHL-based events such as the Boston Jr. Bruins Shootout, the Beantown Classic and the New Jersey Hitmen Showcase.

In addition, there are the Super Series Tier 1 showcases scheduled for September in Boston and October in New Jersey; the East Coast Classic Labor Day and College Cup events in September and October in Massachusetts and Connecticut; NAPHL Showcases in Minnesota and Boston; Tier 1 EHL events in Dallas, Boston and Detroit; the October USHL Showcase in Pittsburgh; and the CCM World Invite events in Denver, Nashville and Chicago.

The EJEPL also offers another showcase weekend at the end of September, while the Beast Series has events in Massachusetts, Connecticut, and Rochester leading up to its playoff weekend in late October. And we can’t leave out the Motown Classic in Detroit Oct. 18-20.

This is not a comprehensive list, but touches on the major events of the early season. Use Google to locate more early season tournament opportunities in your area. If you’ve spent the summer thirsting for hockey, any one of these events will tide you over until pro and college hockey get underway.

For younger teams, this time of year presents a great learning and teaching opportunity for players and coaches. It’s an opportunity for a coach to get a first glimpse of how his or her players play together and compete in a game setting, which can help the coach map out a practice plan of what the kids need to improve upon over the ensuing weeks and months.

The early season also provides an opportunity for teams to step outside of their leagues and ramp up the level of competition without worrying about the ramifications of every loss on their league standing. Playing tougher competition early in the season can be an eye-opening experience for players, exposing them to a level of play they aspire to achieve and giving them a taste of what it takes to get there.

Of course, playing better teams also helps slow the game down for the players when they get back to playing in their home leagues, which can be an invaluable piece to team’s development during the season. Today’s 5-1 loss to a strong opponent might turn into a league championship-game win in March.

As teams progress up the competitive ladder to the AA and AAA levels and get a little bit older, the early part of the season also is a great time to play stronger opponents to help build a team’s strength of schedule and overall MYHockeyRankings.com national ranking. Many of the early season tournaments and showcase events include some of the top programs and teams in the nation, so not only can competing in these events help a team come together and improve, but also it can assist a program in gaining national notoriety.

As far as older individual players – especially those playing at elite levels between the ages of 14 and juniors – no time of year presents a better opportunity for them to showcase their abilities to college and junior programs than the first couple months of the season. Many of the showcase events are held within driving distance of NCAA and top junior programs, and because the junior and college seasons are not in full swing at that point, these events are highly scouted.

It’s not unusual to find more than 100 college and junior coaches and scouts in attendance at a fall New England showcase. Not only is the timing right for these scouts to attend the showcases, but it’s also the one time of year that high school, prep school, youth and junior players are all competing as many of the split-season teams that feature the top high school and prep school players are in these events.

“It’s an important time of year for players to be on top of their games,” said Holy Cross assistant coach and former Walpole Express EHL general manager and coach Jon Lounsbury. “Players should train during the summer with the goal of being ready to play their best at this time of year and not just to get ready for the remainder of their seasons. College and junior coaches are most available to get out to scout in September and October, so it’s important that the first impression is a good one. That first impression puts the player on the radar, but after that the most important piece is consistency. Players should play the game that suits them best, have fun doing it and make sure they are doing all the little things correctly.”

While the youth hockey season can be a long grind with the ultimate goal for many teams being a March league championship or April trip to Nationals, September and October is like Christmas for those involved with the sport. There’s a certain buzz around the rink that is palpable, and it’s great to feel the chill of the ice, hear all the familiar hockey sounds, wake up to a bad cup of rink coffee and see so many young players on the ice enjoying the game.

Make sure to get out to a rink near you soon and enjoy one of hockey’s best times of the year!